I was down with Mum during the week and we drove to a local lake.. this is private property but there's a service road where we can park and look out along the lake.

A very proud Mallard Mum with her 5 children

There have been 2 runner ducks on the lake for some years; and they came up to us as soon as we arrived.

There's a family of Great Crested Grebes who now have 3 young. They are a few weeks old and getting bigger so it looks promising for their future.

Today I managed to get to Painshill Park for a couple of hours. It was the afternoon so mostly everything was quiet.
A Black-tailed Skimmer... (originally got it wrong and posted as Broad-bodied chaser... that'll teach me to do things in a rush)
First dragon pic of the year!! 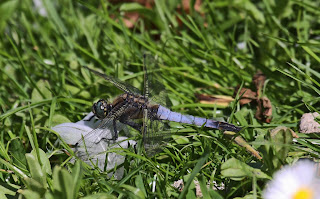 A Canada Goose had a lazy preen in the afternoon heat 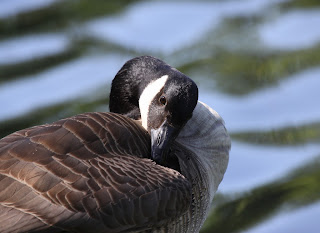 and one of the two Goslings was eating grass 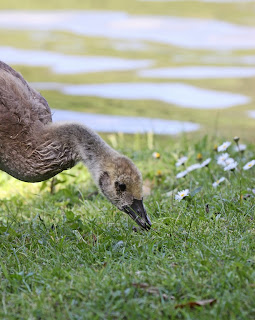 And the stars of the park - the two young Great Crested Grebes... still both doing well and really growing up now. You can hear their constant calling before you see them.. 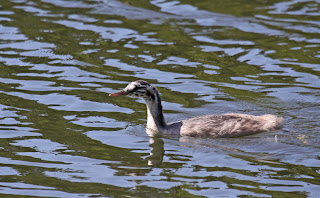 Mum and Dad indulging in a little synchronised drinking 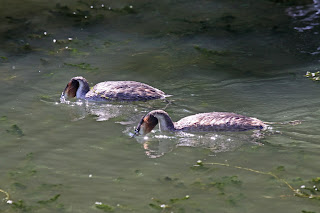 In the main, there seems to be 1 adult with 1 youngster.. 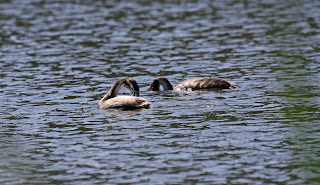 And the lilies are starting to flower... they don't last for long but are lovely to see 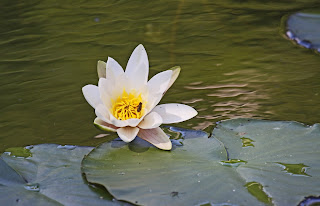 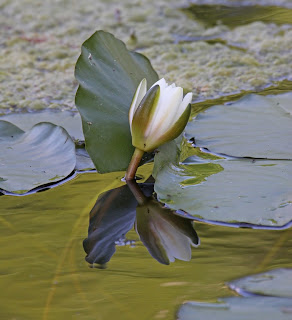