After a rather abortive Christmas Day with unrelenting rain and grey skies, I decided to pop into Pulborough Brooks on my way home on Boxing Day... the skies were leaden and the reserve was like one very large complete lake.  I've never seen it so flooded. 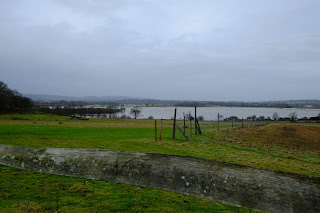 And with the wind, the waves were lapping on the 'shore' - this is a field! 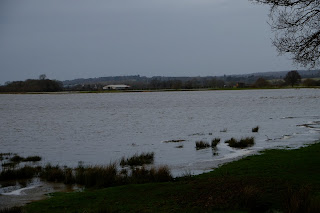 This fungi on a lone tree was fascinating and probably the most colourful item of the day! 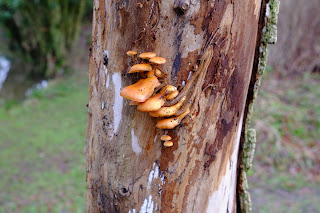 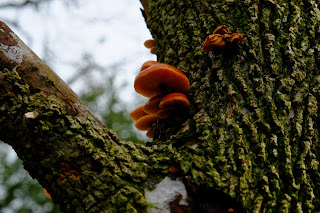 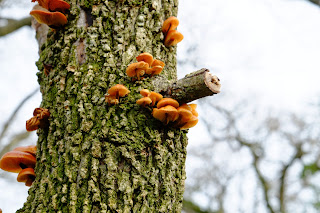 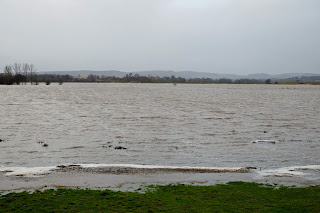 I was walking in an anti-clockwise direction around the reserve and this is what greeted me.  The River Arun and River Stor are bursting their banks.

I had my wellies on which come up to about mid-calf length... but even so the water was so deep it was coming over the top..the the pathway was too deeply flooded for me to continue and I had to turn back. 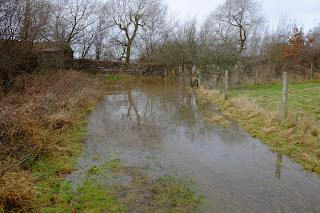 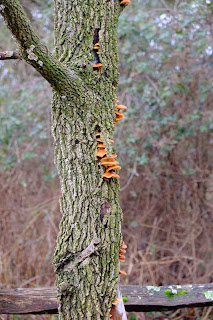 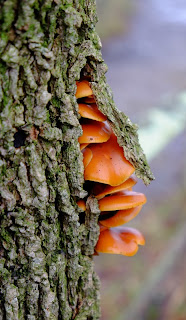 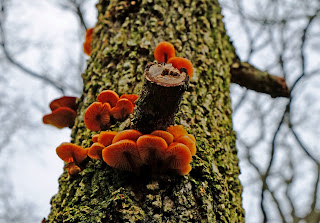 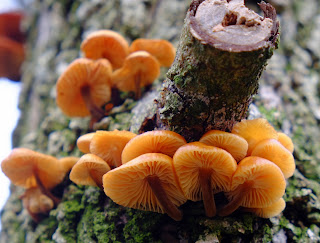 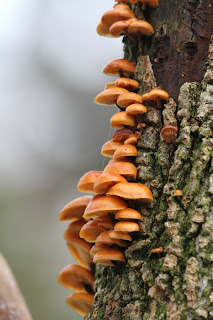 The Fallow Deer were evident in large numbers. 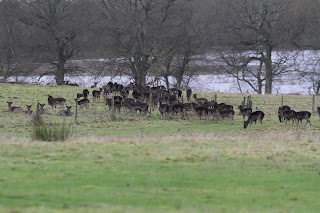 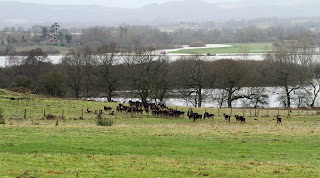 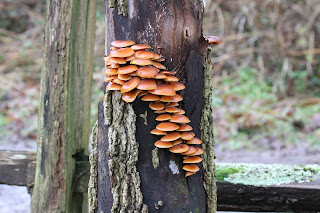 The feeders by the visitor centre were being overwhelmed by birds 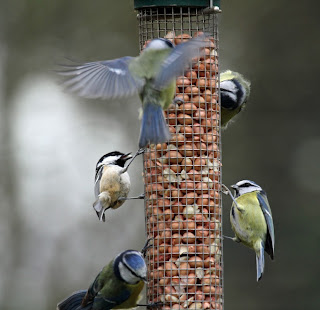 Great to see Coal Tits.. I used to have them visiting my garden when I lived in Surrey... I do miss the wildlife I had in that garden ... 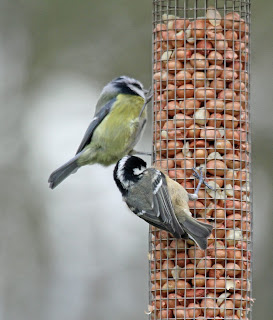 I have just found your blog. Wonderful photos of birds and wildlife along your part of the coast.

I have only visited Pulborough Brooks in the summertime. How different it looks with the rivers bursting their banks.

Hi Dartford Warbler and welcome. Thanks for your kind comments.

I've actually seen Pulborough in drought conditions with cracks in the ground where there should have been water! Difficult to imagine that now...