Addendum to yesterday - One thing I forgot to mention was that I saw, for the first time, a Chiff-chaff and it was singing! Pleased with that one :)

The day started as I observed a damselfly (or dragonfly?) that had just emerged. Being 6.30 a.m. the light was not too good and the damselfly was in the shadow of a lily leaf. I've no idea what it is - it's almost translucent and I can't find anything similar in my reference book to ID it. Neither can I find what it is from the larvae. 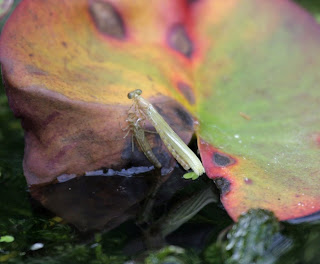 Being on Grandson and doggie duties again today, I dropped my GS off as school then Boo and I went for a walk. Today we had three venues! Boo thought this a splendid idea!

Started off in Bushey Park as I wanted to see if I could a) find the Wrens and b) get any better pictures. Result: A = YES and B = NO! This time however there were four of them. Maybe some were fledglings.

Birds were feeling the effects of the heat and trying to cool off, 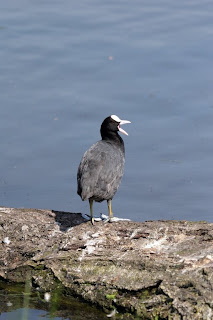 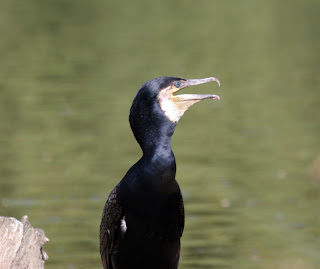 One of the wrens darting about.. 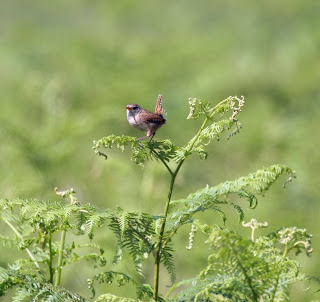 And I was delighted to see a family of Pochards. 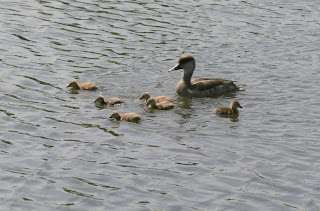 The Jackdaw was strutting his stuff in the sunshine 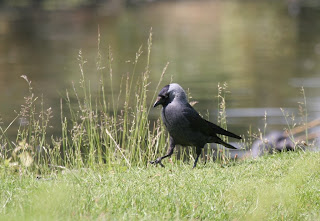 and a Red Deer was cooling down. 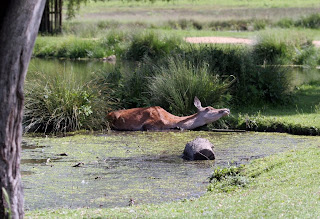 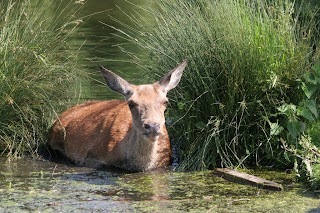 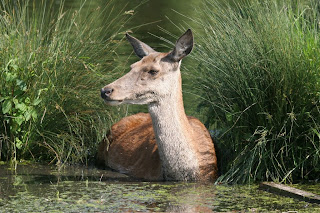 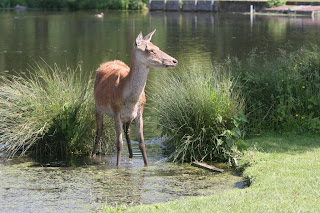 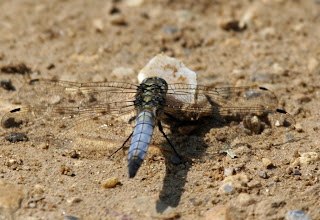 From there we went to Esher Common to check out Dragons and Damsels. Around a portion of Black Pond there were plenty about - Large Reds and various Blues very much in evidence. Some large dragonflies were flitting around - I saw about 5 of them from my first look out point. However, they were not cooperating by keeping still and it was impossible to photograph them. Managed a poor shot of one which, in my mind, looks more like a caricature helicopter than a dragonfly. 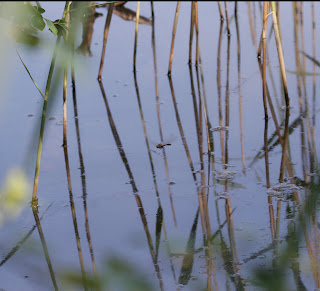 I then walked through a fairly boggy area and found two small pools. Here there were several dragon and damselflies - again flying too fast to photograph. However, I managed to get off one shot which (I think) could be a Four-spotted chaser. 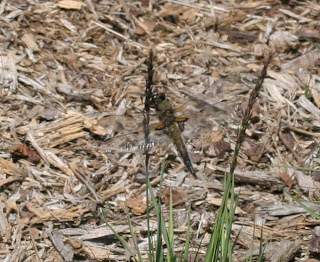 Our next, and final stop, was to check out the cygnets at West End and, I'm delighted to report, there are still three cygnets about and being looked after very well by Mum and Dad. 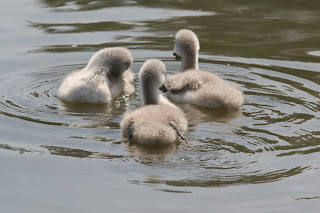 I wonder if the one on the left is the same one who was posing
before? 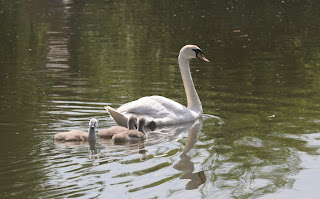 Thanks OC - he did seem to be enjoying his bath.

Lovely photos, Tricia. I love the deer. Did you manage to get your lens back from repair?

Thanks Digibirder. Yes - got the lens back; the "technie" was so helpful - can't praise him enough. He took lens apart, cleaned it; changed the grease in it but couldn't find anything wrong. However it's worked perfectly ever since so I'm a happy bunny now :)

Love the deer pictures,did you use a long lens or were you really close to them? BW Goosey

Ocean - thanks for popping in :)

Goosey - thanks; deer was about 25ft away and I was using long lens.