The sun shone, the sky was blue and temperature - very cold. So I was off to Wisley again.

Today, following guidance from Frank at Wisley I went over to the Fruit Fields - which bore fruit in the shape of several Redwings and Fieldfares. As Frank had predicted (thanks Frank) they were ferreting about in the leaves under the apple trees where some of the windfalls still remained. I do hope the Bergers of RHS Wisley leave them there for the hungry birds!

Just some of the birds seen as Wisley:
Blue Tit and Robin 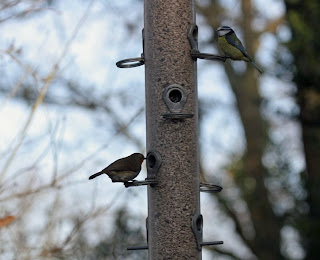 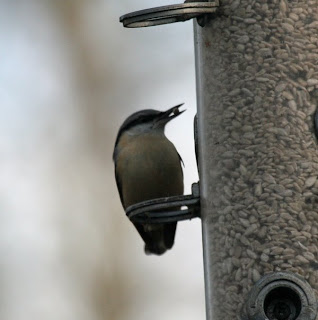 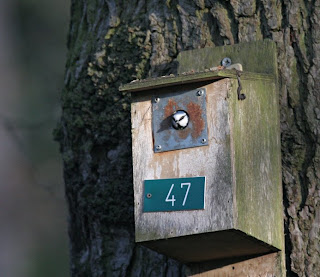 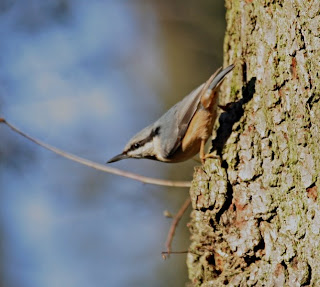 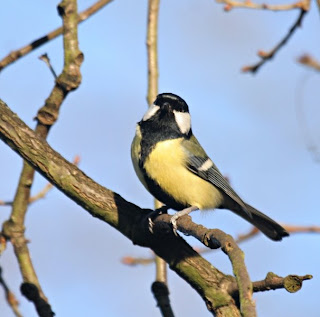 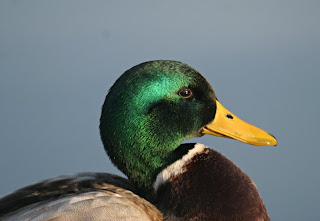 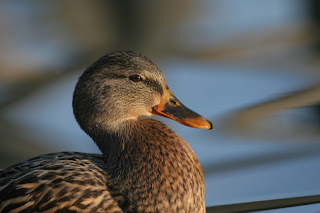 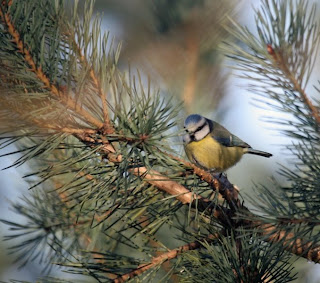 I relented and changed the lens as the colour was so good in the sunlight - I'm going to have to get a second camera........... sigh! 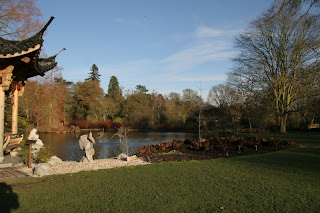 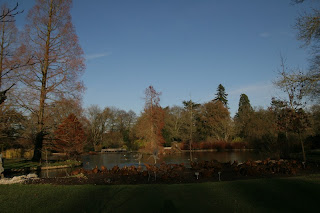 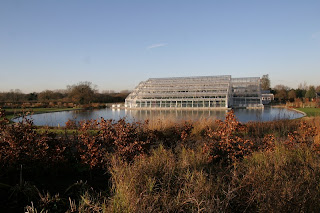 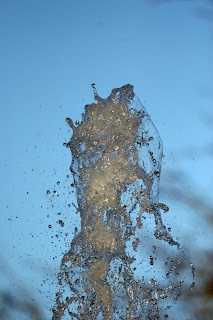 The sun was sinking so I stopped off (very briefly) in Bushey Park - just a few pics here. Then, as my hands were getting numb with the cold, I left for home.
Red-crested Pochard 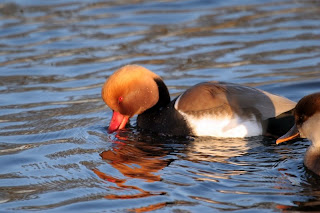 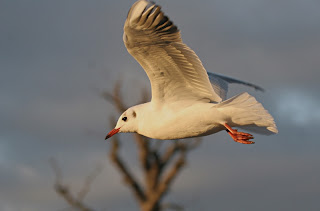 Jackdaw - with more colour than I've seen before 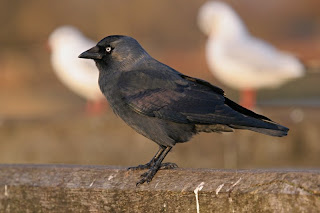 Oh Tricia, and I was just about to comment on your lovely Blue tit photo, loving the magical quality it has... Very me in fact! :D

It looks like you had a lovely time, lots of birdies to see.

Love to look at your pictures of birds I'll never see here in Minnesota. Great photos.

All great photos but I especially like the little Blue Tit. Nice to have some clear weather but cold! Years ago when I was living in the USA I was so very surprised to find that clear sunny days could be cold as well! Very hard for an 'Aussie' to understand!

Smashing pics,
just found your blog from Dean at (mostly macro) I'll dip in and out, love your enthusiasm

Hi Warren - Thanks and welcome - hope to see you here again!

Liz - yes it was a great wander!

Mick - I can understand your confusion - we can't imagine anywhere NOT being cold for part of the year!

I am pleased to learn that you found the migrant thrushes at last. Great to see positive evidence that Box 47 is being used.

Hiya FAB - yes - it's definitely being used - let's hope it will be positively used in the Spring - I shall have to check it out! Lol.

Sounds like a similar day to mine (except youve blogged about yours lol. Over here on the other side of london Iw as nice and sunny but freezing too. Plenty of birds to see including my first redwing of the year and a pair of goldcrests. Oh and over 100 mute swans!

Gosh Neil - over 100 mute swans! On the Thames? Well done on the redwing and goldcrests!

loved the box 47 photo best so cute, and the male malllard such vibrant colours. Sounds like you enjoyed getting out in the sunshine, i love it when you can wrap up warm and get out and about

Hi Avalon and thanks. Sorry for taking so long to reply to your comment. Something odd is happening with Blogger!!

And yes, there's something about walking in cold but sunny winter weather!!