Catch up with Goslings

I think the sun has become very self-conscious whereas the cloud and rain are confidently dominating over the last couple of days. Not nice!!

On the way back from the supermarket, I stopped off at Esher Common and had a wander around the Black Pond area - nothing about and a distinct lack of bird song. Heard Great and Blue Tits and, as I was leaving, five Long tailed tits brightened the day somewhat.

Crossed the road and had a wander along the river before wandering back up the hill through the Ancient Wood. Nothing to report - again, very little bird song and very few birds.

When looking (unsuccessfully) for the Great Crested Grebes in Bushey Park the other day, I also had a check on the two, very different, Egyptian Geese Goslings. The difference in their size is becoming more apparent as they age. The smaller of the two still looks very much like a fledgling whereas its sibling is going into its teens! It's interesting the great difference between them.

It's difficult to believe that these two are from the same parents. 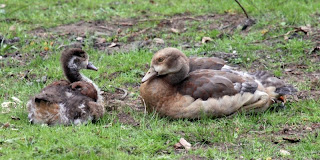 Although this is the smaller Gosling, it still doesn't look very well developed. Fingers crossed it's going to be OK. 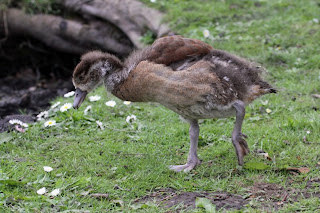 whereas this one looks so plump and healthy. 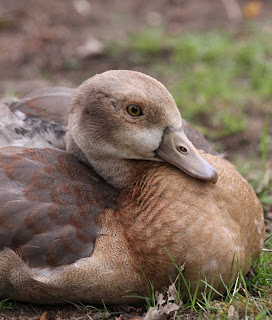 Mum was have a snooze 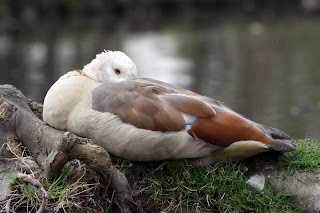 When the sun was shining a few days ago, I was experimenting with my Macro lens and using the "Active View" of the camera.
Bud of Snakeskin Maple (in the garden) - now in leaf 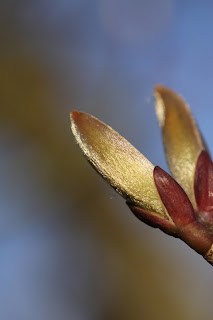 and also in the garden, the flower buds of Amelanchier. 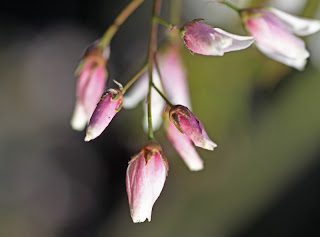 Using the large lens..
And in Bushey Park, a pink Magnolia just in flower 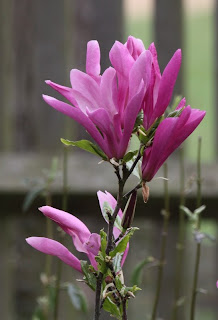 whilst an Azalea was in full flower 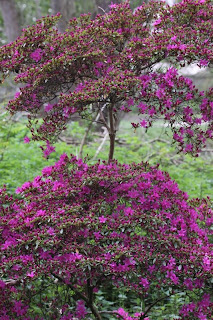 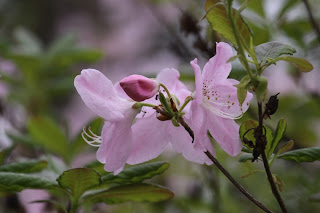 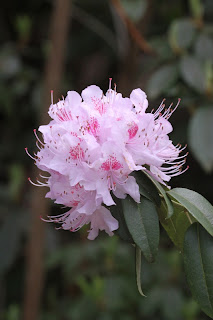 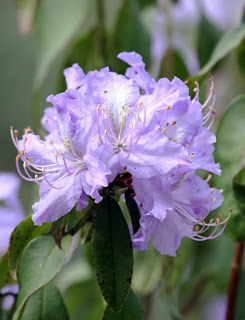 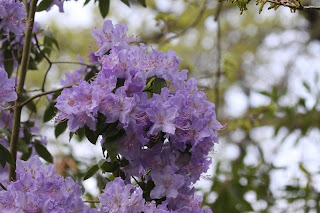 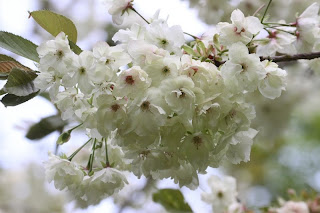 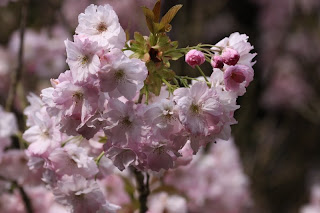 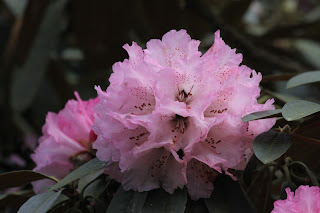 Well - at least it's something to brighten a very very dull day!
Please can we have some better weather, light, warmth and sunshine very soon?
I'm beginning to get withdrawal symptoms without being able to get out to see birds and wildlife and the camera is feeling very neglected!
Posted by Tricia Ryder at 4/17/2009 05:30:00 pm

Hi Tricia....poor gosling, I do hope that he makes it.......there is such a huge difference between the two....

Although I am not that far away from you it amazes me how behind my Rhododendron's are, the buds are nowhere near opening......

I was thinking the exact same thoughts as you about the goslings when I saw them last week! I'm sure there used to be more than 2? Great shots and it's good to see all those flowers in blossum in the woodland gardens.

Hi Tricia, lovely blooms and colouring.
Superb new header photo, must have been shot by a professional.

Sorry Tricia. I think I stole your Sunshine today but it is the first time it has shown its face for a week though the wind remained distinctly cool!
Such a difference in the goslings. Makes you wonder.
My dwarf azaleas have yet to show any colour though the buds have been there for weeks.
Great pics of the rhododendron blooms.

Whats a camera? It's rained for over 12 hours non stop here trish!!

I hope you get the nice weather you want soon - as long as we get some too! Its going to take a while to dry out after the floods last week. Very interesting photos of the goslings and of course the flower photos definitely light up a dull day!

It's going to be lovely weather on Sunday and Monday, Tricia, so I am looking forward to seeing more of your superb photos.

Hi Tricia, as Warren has said we have had awful weather here for hours...some lovely photos though, well done. Phil

What a big difference in those two goslings. Fingers crossed for the little feller.
The flower pictures are stunning!

Sorry I haven't acknowledged your comments earlier but I had a virus yesterday which meant a Firefox file got quarantined - amongst other things!! Hopefully normal service has now been resumed!

Hi Billy. These two Goslings are in the Woodland Garden. There is another family of 4 goslings that are around the Boating Pond - they were all accounted for last time I saw them.

John - if it's the first time you've seen the sun in a week then I shouldn't grumble.

It's interesting the difference in development of plants depending on where in the UK you are!

Warren - you and me alike!

Mick - when I read your blog and heard about your flooding it made me realise that I shouldn't rant about my weather.

Really hope you get dried out soon.

Graham - Thank you. ;) You're always right so sun on Sunday and Monday it is then. Won't be able to take many on Sunday, but Monday....

Phil - Thank you - you're suffering from rust too then!

Keith - Thank you. Fingers crossed indeed. It's been interesting to see how the little one keeps close to its sibling, as if for protection. When they're lying down they're usually snuggled up together.

Cheryl - interesting that your rhododendrons aren't in flower yet. Although I have a very old and large one in my garden that never flowers until well into May.

The Isabella Plantation in Richmond Park should be very colourful, if not now, in a week or so. It's full of Rhododendrons and Azaleas - must go for a visit soon!

Your photos are gorgeous! I need to buy a new camera, what do you use?

Hi Lily and thank you.

Mainly, I use a Canon 50D (although I use a 20D at times too) and nearly all my wildlife shots are taken with a 100-400mm Canon lens. It's not a cheap option though!

A beautiful series of pictures.. and your shots of the Great Crested Grebes are as good if not better than any I've seen...

Oh dear I'm not sure I like the look of that little gosling, it looks a frail little thing. Keep us posted Tricia.
On a happier note, your bloom photos are delightful and so cheerful. I have some Rhododendrons which I grow in large tubs due to our garden soil not being suitable and they are still in bud, I'm beginning to think they will never open!
I suspect (and hope) the weather is better where you are today, it has certainly improved here at last.

Hi Jan - I'll keep an eye on the youngster and let you know.

I'm lucky (or unlucky depending on one's view) to have acidic soil so rhododendrons, azaleas grow well and the Acers (one of my favourites) enjoy it too. I'm sure your plants will be blooming soon and we can enjoy yours when ours have faded!

Hi Tom - thank you so much for your comment - I'm blushing here!!