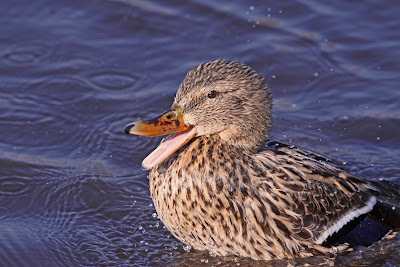 Email ThisBlogThis!Share to TwitterShare to FacebookShare to Pinterest
Labels: Personal

I went birding today for the first time for a very long while! Went over to Barnes where everything was shrouded in mist. Had no particular expectations but it was to be a good day for Bitterns.
Out on one of the lakes this motley crew had assembled.... it was so misty near the water. 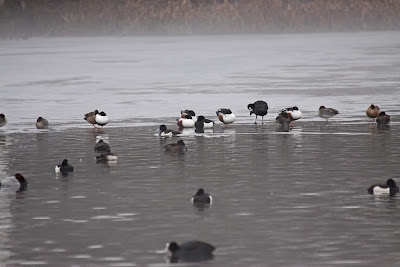 Nothing much about until I wandered over to the Wildside. From the first hide, one then two bitterns became visible.
At this point I will add that I nearly didn't post these pictures at all as:
a) the light was akin to twilight
b) it was misty
c) the birds were a long way off
d) I need to be a better photographer and
e) these are record shots only!! 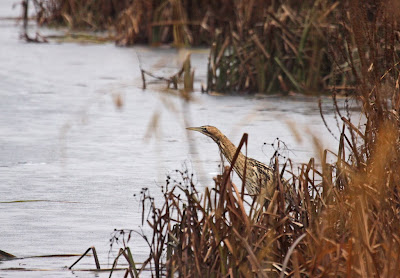 Whilst we were watching the above chappie on the right, a second Bittern appeared from the left and headed right. 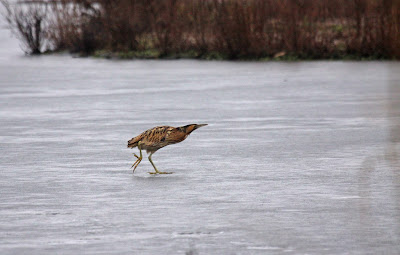 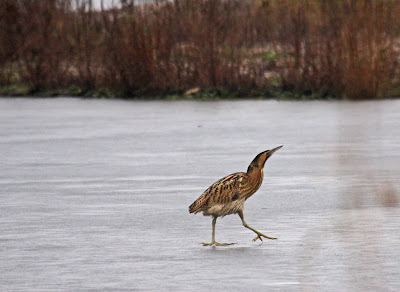 They were then both spotted, initially at different times, walking to the right along the grass. After a while they came back again and a bit of a quarrel broke out between the two of them. 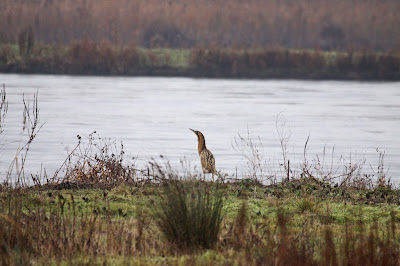 Eventually one of them flew across

and landed in the reeds eventually disappearing altogether! 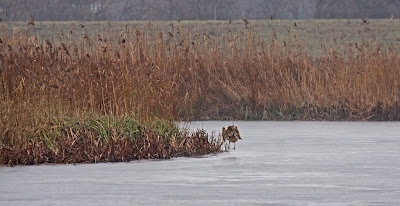 Just before leaving, I decided to walk on to the last hide and there were two more Bitterns out on the ice.... oh how I wish the circumstances for photography could have been better! 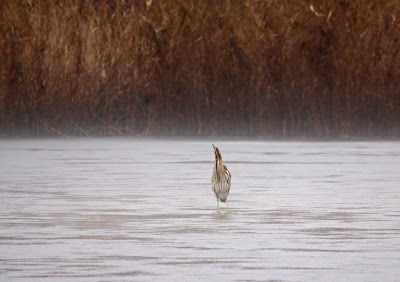 It's that time of year again!

And another Christmas time arrives so a good time to say "thank you" to all my friends
for their very kind words and visits to my blog over the last 12 months.
A Very good New Year to you all and may your wishes come true! 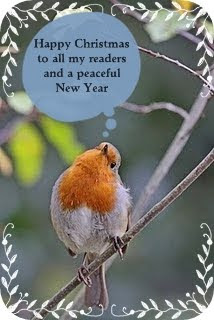 Not been able to blog much recently or visit my friends' blogs either - for the latter, my apologies but hopefully I will catch up before too long.
I managed a trip over to Barnes on Sunday to meet up with a friend. It was bright and sunny and despite the overall cold, the sun definitely had some warmth in it. Not many birds about and those that were, were having to find a bit of unfrozen water.
But the "collection" birds were entertaining. These Hooded Mergansers were hilarious to watch as they bathed in the freezing cold water. 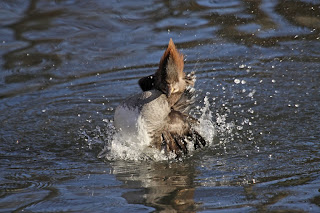 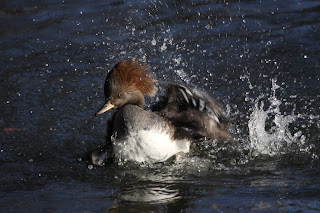 Bit annoyed that I'd chopped the wing tip, but they move so fast! 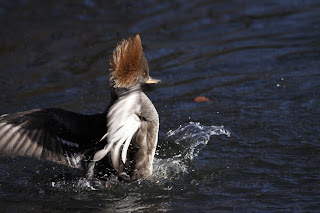 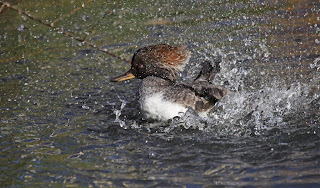 And these were dozing in the warm sun.. 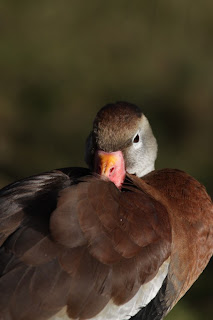 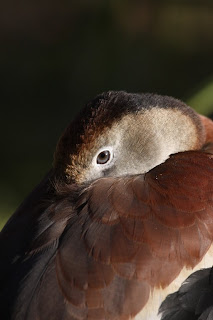 Had a short walk in Bushy this afternoon..... very briefly the sun came out and the low angle lit the trees and frozen water. 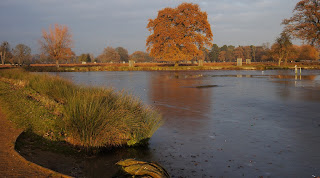 Cold but bright - and that was before the Snow!

Earlier in the week I had a walk in Bushy Park; it was bitterly cold and windy but the sun was out and the sky was blue! It wasn't to last though was it!
Didn't realise until I got this pic on the PC that the Black-headed Gull was sporting a ring. 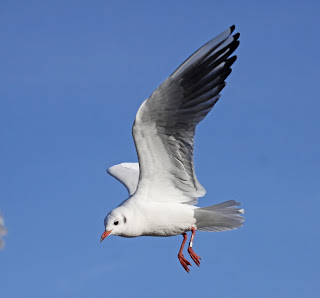 Over in one of the "gardens" a resident mute Swan was preening on the frost covered ground. 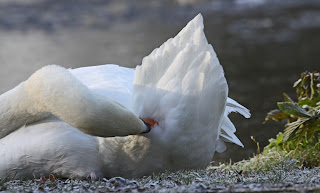 The pond was mostly frozen and these two Ring-necked Parakeets seemed desperate to drink. It is very rarely that I've seen Paras on the ground. On the one main previous occasions they were at their roost and coming down onto the water-logged ground for a drink. These two were trying unsuccessfully to drink and just sliding about on the ice instead. 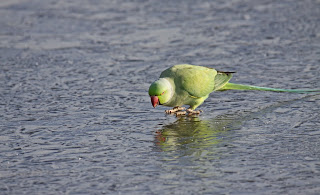 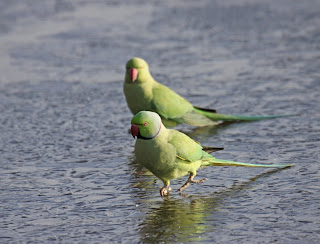 A chance shot as I heard this Mistle Thrush flying over - pointed the camera and at least got something even though not as I would like it to be. 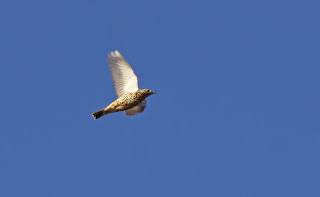 A Young Deer was tugging at this branch in the expectation of a meal. 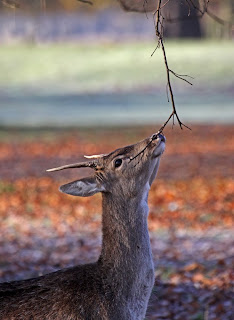 And - frozen in time - leaves where they fell and were trapped in the ice. 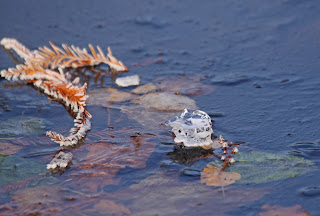 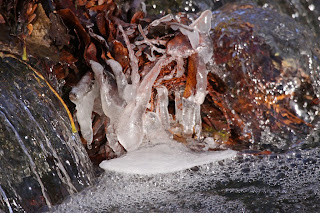 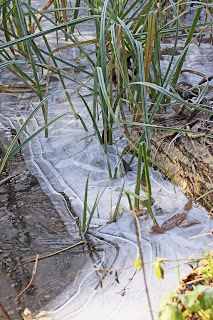