This morning was beautiful; clear blue sky and the sun shone brilliantly and its warmth could be felt. I headed off to the London Wetland Centre for some birds. The Bittern had been seen (and photographed) walking across the ice - but it was nowhere to be seen this morning. There were very few birds about and also few people.
Very few little birds about either - a few Long-tailed Tits were flitting high up but not much else stirred the branches.

Most of the birds worth a photograph were the usual ones but good to see nonetheless! Although most of them decided to leave as I arrived.
The Christmas Robin of course - always a favourite.. 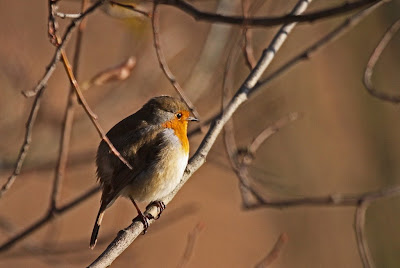 High overhead a gull soared past.. 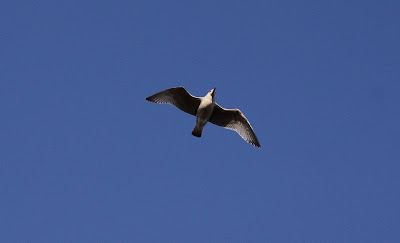 A crow found a meal in the top of the tree 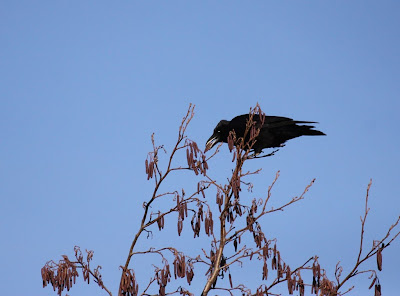 Whilst a starling shone in the sunlight.. 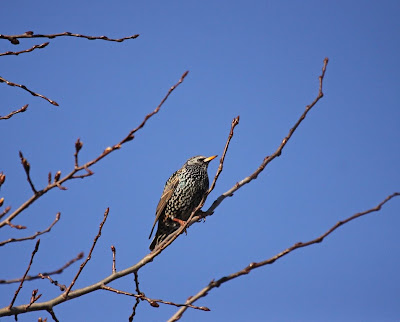 This magpie saw me coming and decided it wasn't hanging around.. 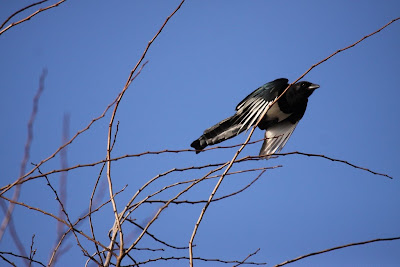 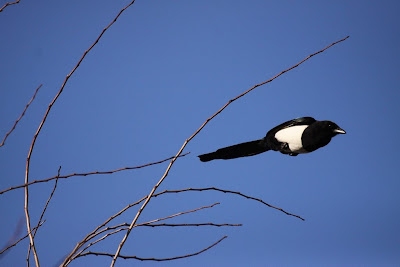 and another crow decided this tree was worth of closer inspection - coming in to land! 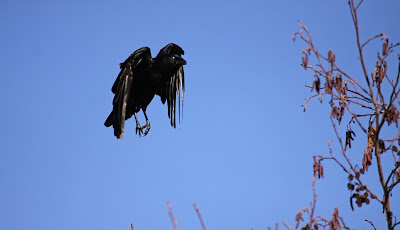 Excellent sunshine for showing of this male Mallard's colours.. 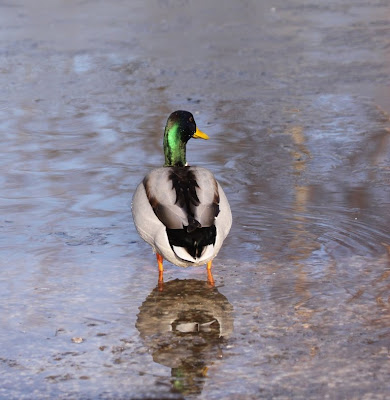 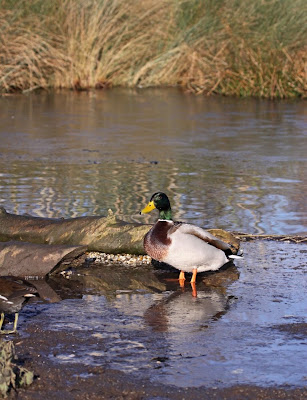 and a Moorhen gingerly walked across the frozen water 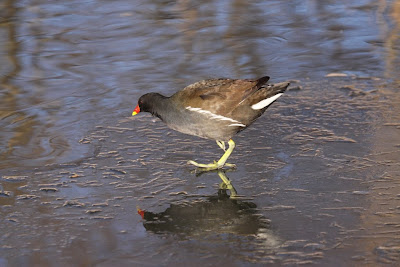 (my apologies for the large size of the previous pictures - forgot to change the settings!!)
Called in at Bushy Park on the way back. Numerous gulls around and the Boating Pond was mostly frozen. However, this made for some pictures of birds in reflective mood!
A gull talking to itself.. 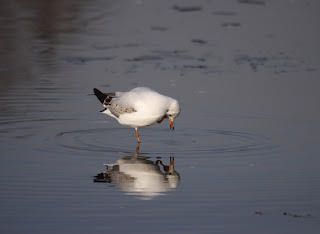 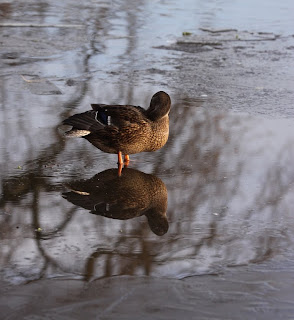 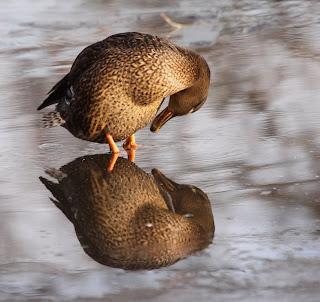 Medley of birds in reflection.. 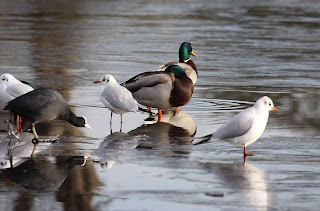 This Canada Goose had difficulty on the ice.. 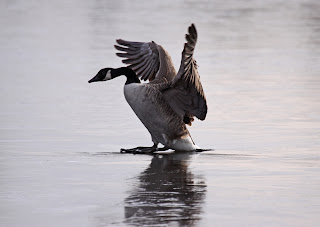 and this Coot could hardly keep upright without flapping its wings.. 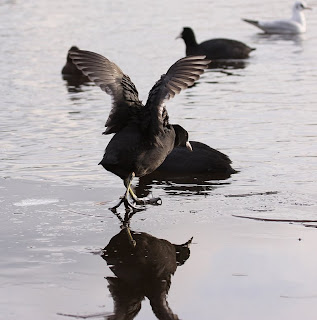 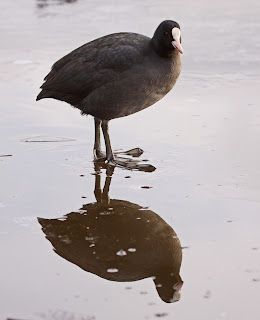 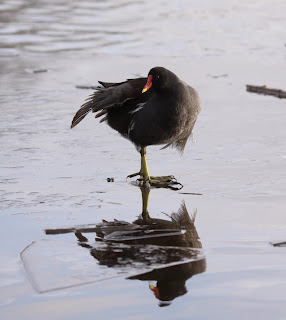 And away from the water, a Jackdaw had a scratch. 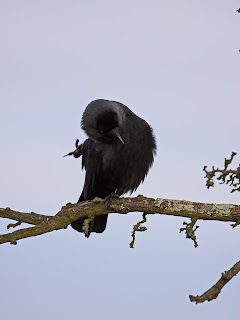 Beautiful blue skies! I like the reflections of the birds in the icy pond. The first two photos - the gull and the mallard - look as if the birds are standing in water - is there ice under that water? I haven't had much - recent - experience of your winter conditions!

Lovely reflective photos. A long spell with a lack of open water for swimming, bathing and drinking must be quite a problem for many birds.

I was surprised today how much warmth could be felt from the Sun for the time of year.

Lovely reflections Tricia, always worth taking them when you see them.

Tricia,
Really enjoyed this series of photos! The crow is funny the way you caught him/her.

Hi Tricia, 1st time visit and I love your blog. As an ex-pat Brit it brings back memories of home. I'll be sure to drop by again. Happy New Year!! Tony

A great selection of pictures once again. I like the crow coming in for a landing.

Mick - I treasure blue skies at this time of the year - a bit of a rarity at the moment though. The pond had ice on the top; there were some holes in the surface ice which allowed the birds access to some water.

John - I would agree; I watched a Canada Goose trying to move through the ice and it was having a great struggle. :( And the sun was amazingly warm - I was surprised.

Janine - did rather fancy itself methinks :D

Tony - Thank you for stopping by and leaving a comment. I'm glad my pictures and blog give you some happy memories. I'll linger longer on your website later.

OC - thank you. That crow looked really uncertain about it's landing eh... :D

Just popped in to wish you a very happy and healthy New Year Tricia.

Lovely photos here as always, nice to see the Christmassy Robin and it looks like the birds have as much trouble staying upright in the treacherous icy conditions as we do!

landing crow my fav, but i always think you post good reflections, esp the gull.

Cracking photo's there Tricia.
Once again brill in flight shots, but the reflections are superb.

Hi Jan (SS) - many thanks for coming over to visit and a happy new year to you too. The paths etc. continue to be treacherous - not nice at all!

ST - thank you - there's something about reflections......