The best laid plans...... The intention was for Pete and I to go to Norfolk with a particular agenda in mind. Well we managed breakfast at the usual spot - I managed to get through the "other" spot with the nasty speed camera (my car not having had its picture taken on this occasion) and we drew into the car park in Sculthorpe to take stock. But the rain, which had been forecast to be light and clearing late morning, was now chucking it down in torrents. So what now? Norfolk seemed to be not an option as we couldn't have walked anywhere in the rain so we decided on Welney.

A few Whooper Swans had already arrived but not the in the usual numbers - yet! The sky was leaden and consequently the light was awful but nevertheless a couple of pictures were managed. 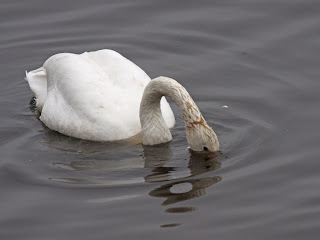 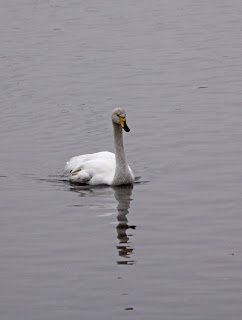 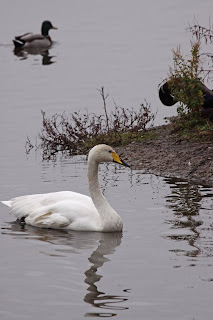 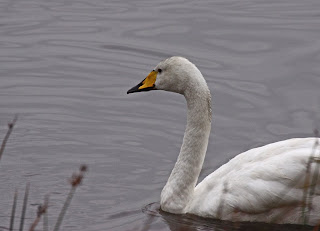 It was good to stretch the legs but we didn't see the Cranes that are currently at Welney.

As we arrived back in the car park - Pete suggested I peer through a pair of padlocked gates. In the shrubs on the far side were dozens of House Sparrows flying up and down. So I squeezed the camera through the gap in the gates and managed a record shot of some of them. 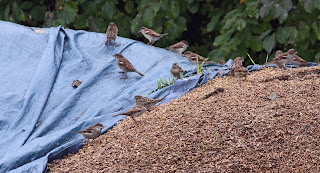 So where now? We'd intended to have Crab sandwiches and crayfish again in Mortson, but that not being possible we stopped at a Tesco's and bought sandwiches (Crayfish but not a patch on Morston's crayfish or their crab sandwiches!) Then headed south to Fisher's Green. My first visit there and it was lovely to sit and watch all the birds dashing back and forth to the feeders. Constant movement and fluttering of wings...

I was still not happy with any of the pictures I'd taken and was getting really frustrated. Pete then noticed I'd not got IS (image stabilization) switch on on the lens. I never switch it off so hadn't checked it!! Hey ho.

Just a few of the afternoon visitors... 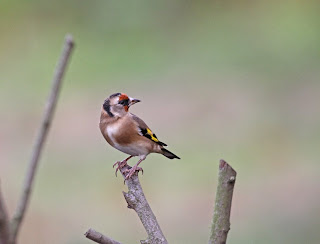 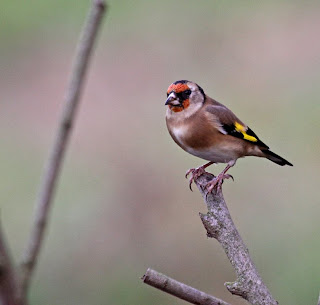 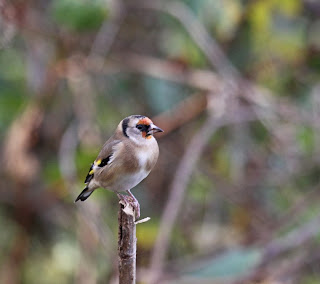 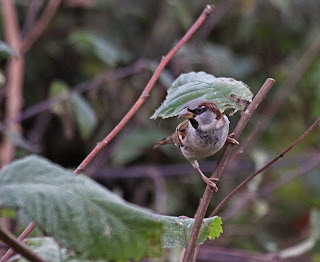 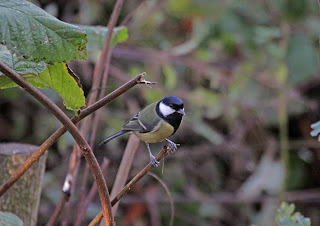 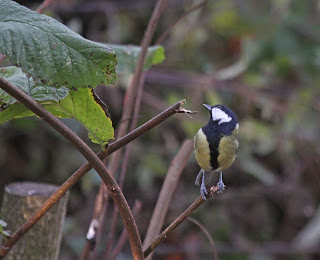 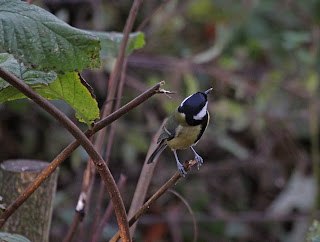 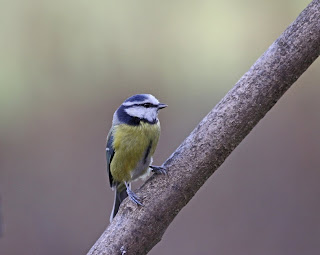 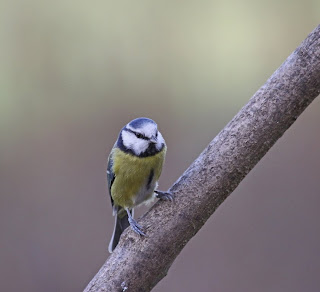 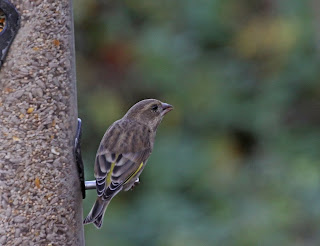 Just before we left the sun made an appearance but a little too late really. Pity we didn't make it to Norfolk but it was a varied day and we got to see some birds - without getting wet!

And another great meal to finished off the day. :D Thanks Pete.
(the diet starts tomorrow)

The Swans must have been out in the local fields as there were
793 Whoopers and 28 Bewick's there on Wednesday for the roost - We went to the Swan Feeding at 3.30 and got some wonderful shots, well Pat did! I got some pics! They will be on my blog sometime.

I love Welney! Lots and lots of Ducks as well Pete would be in his element.

Shame about the weather.

Sounds like a nice day even without the sun, Tricia. Lovely photos. Now I just need a crab sandwich!

It was a really wet and windy day here too Tricia. At least you got some pics though. Well done.

It's been a rotten weekend here weatherwise too. Still, you managed to get some good shots, despite the grey skies.

Lovely shots of the small birds, Tricia. It was too dull here for any chance of photography, not to mention the four hours of heavy rain and a very strong gusty wind.

Hi Tricia,
Well you are getting a lot of afternoon visitors... That's cool, I went out this afternoon and only saw redwings, starlings ans redpolls despite the magnificent sunny hours we got!! Strange!

Lovely pictures Tricia. Sounds like you had a nice day even though it was raining.

Hi C - There were loads of swans about on the fields - just not many on the water at the time we were there. Yes I like Welney.

Wilma - it was a good day. Yes - the crab sandwich would be great :D

Warren - thanks; it was a good day despite the weather.

John - thank you. I think the awful weather was pretty well all over!

Chris - it was good to see all the smaller birds.

OC - thank you. Yes it was a good day nonetheless...