RHS Wisley and a birdy surprise

It's cold.... which I don't mind if it's sunny but it's not that either! I'm wondering if Winter is ever going to release its icy hold and let Spring put a toe through the door...
I went to RHS Wisley - haven't been there since about last November. I decided to start by going through the Pinetum to see if I could spot the Kingfisher - erm, erm.... no!!
I like it through the Pinetum - there's not usually many people about. 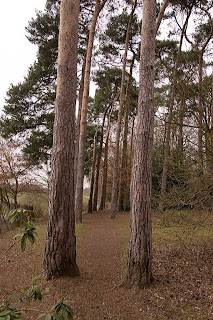 I wandered through with the River Wey on my left. As I neared the Wildlife Preservation area this beauty was hopping about looking for worms.. 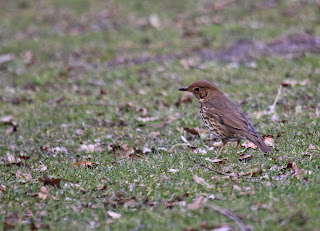 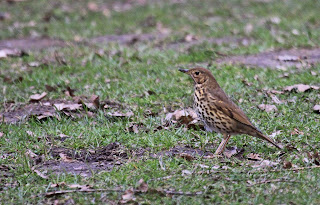 I stood looking at the wildlife area considering how to go about getting permission to venture in when I spotted, what I thought was a rather odd looking Moorhen... Got the Binocs up to discover, much to my surprise and delight that it was a.... 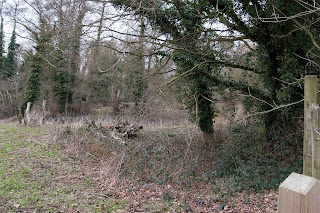 Water Rail!! Never seen one of those here before and never expected to, come to that!
(Inserts here the photographic qualification of "record shots; poor light and subject a long way off") 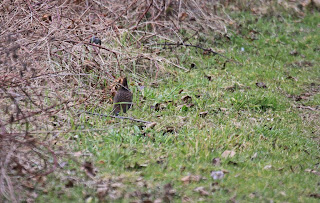 The Wildlife area needs special permission to be entered but.... around the other side up on the hill overlooking it, Wisley are building a Bird Hide!! A first. It's due to open in Spring but looking at the area that seems to me, to be a bit further off completion than that; so evidence of the hide yet. Watch this space....
Well that was good!! I seem to be having a Water Rail time at the moment.
The Mallards were looking rather colourful as the light improved a little.. 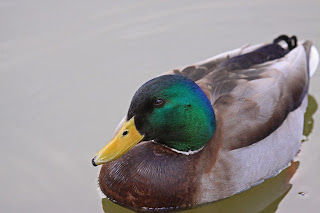 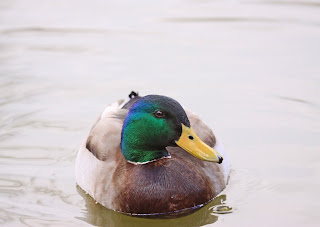 I walked up through the herbacious borders - looking as though they were resting. Robins seemed to be everywhere and singing their little hearts out!! 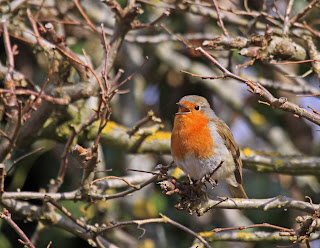 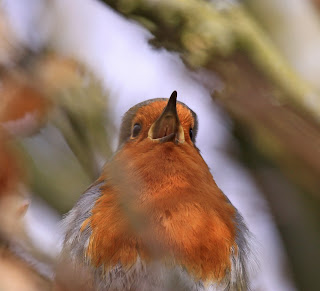 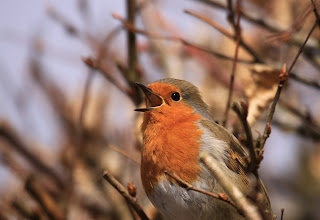 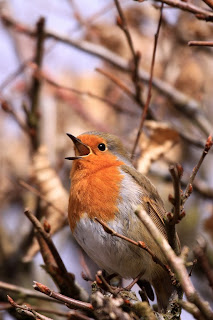 Further round, the crocuses were abundant and colourful. 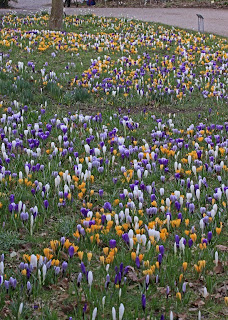 Various other Spring plants were standing up to be counted.. 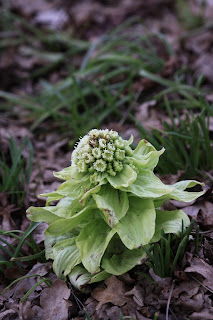 This squirrel perched up on the tree was trying to hide from the camera.. 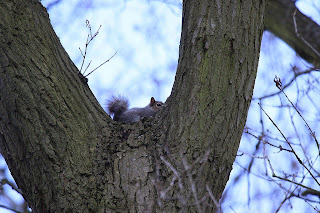 Witch-hazel in many colours gleamed through the murk of the day.. 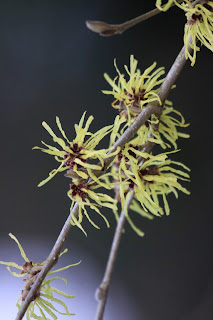 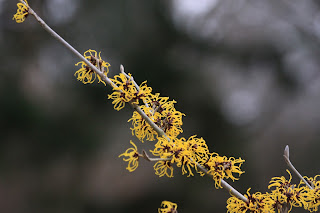 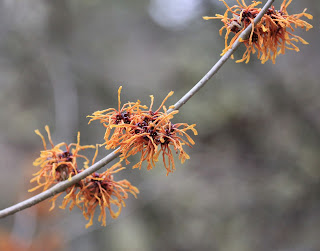 as did the Lichen. 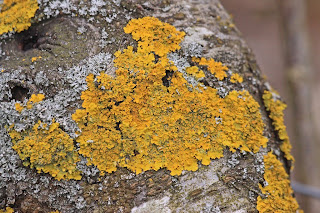 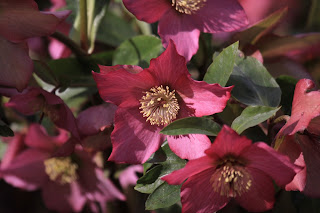 In the Glasshouse, this Banana Plant was bearing fruit. 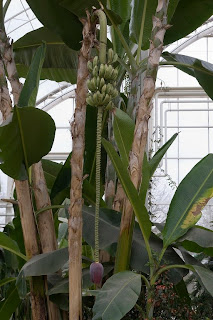 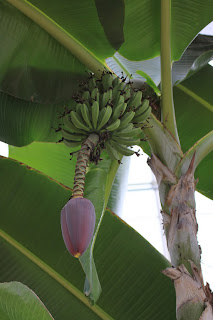 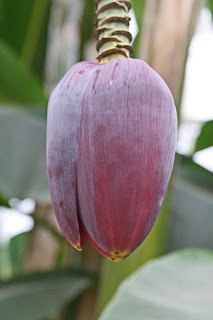 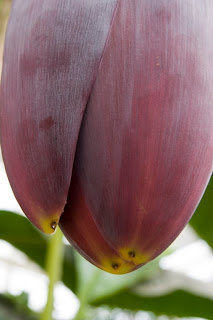 A climbing plant (Wysteria?) was looking woody whilst waiting for the buds to appear.. 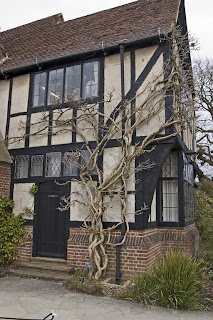 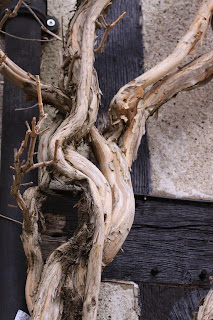 A gnarled tree trunk in the Pinetum 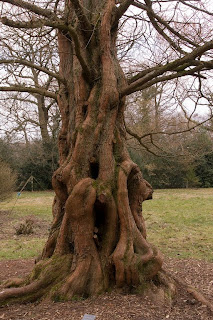 And after a quick snack a lunch time, a walk back past the gravel borders where Crocus and Dwarf Iris leant some blue to the day where the sky was sadly lacking it! 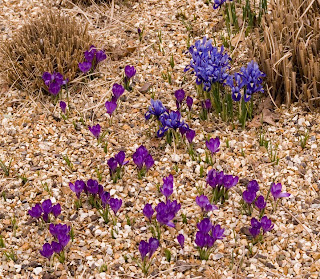 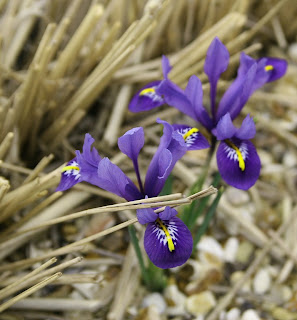 A very enjoyable stroll Tricia, and excellent pictures.
Well done with The Water Rail. Always an exciting bird to see.
And that singing Robin is perfect. Little beauties.
Lovely shots of the plants. I never knew Witch-hazel came in different colours.
And I'm pretty certain that is a Wysteria.
Great post.

Now you make me wish i could walk the same path as you Tricia.. and see all those beauties along the way..
Costas

Hi Tricia,
It looks like spring is almost there even if it's cold. Even the robin is singing.
Your post is beautiful, but honestly I signed now for the robin sequence. it is just perfect and beautiful. Well done!
Lucky you to get flowers already, you do not have any here for the moment.

Nice pics. Looks like a nice relaxing area. I love the crisp lighting in your blog photos. In Australia the light is often harsh even in the mornings.

I very much enjoyed your walk with all of your sights and photos of spring.

Beautiful crocuses Tricia, that must be a sign that spring isn't far away (Says he hopefully).
Great to see the Water Rail, they are never easy to find.

Thanks for sharing a lovely walk around my old haunt. The Water Rail was definitely a 'star' find. I certainly miss the colours and fragrance of the numerous Hamamelis. FAB.

I really enjoyed the walk through Wisley. Oh my, the crocus's, how beautiful.

Wow! Those crocus' so colourful.

I would love to have a Water Rail turn up like that on my patch, well done for spotting it!

Nice post Tricia. How lovely to see a water rail at Wisley, and how observant of you to spot it. It's not in the first picture though, is it?

Lynne and I went there on Sunday and saw many of the things you saw. We also didn't see the kingfisher! Although they can be quite elusive, they are actually quite a common bird!