Trains and some music..

Had a week-day visit to LSO St Lukes for a concert today.  Given the peculiarities of the trains and fares, I didn't have much time before we had a quick lunch before the concert.  The train lines aren't too bad but just wish it didn't have to stop so often!!

The day was good with sun and blue skies so we had a stroll around the small garden at the back of St. Lukes church (now the concert hall).  There wasn't a great deal to see and Autumn seemed to have been and gone but, it was great to see, a couple of roses still in bloom. 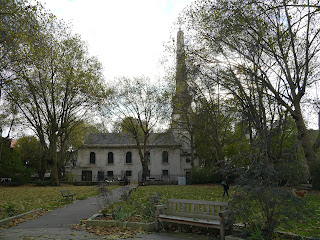 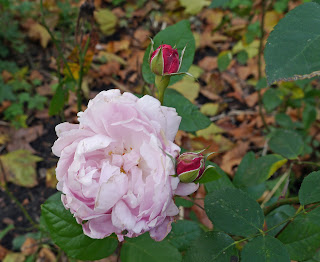 The concert was Imogen Cooper (piano) and Adrian Brendel (cello) and the music was:

With a nice warm drink and cozy warm outfit, it sounds like perfection.