A classical concert; Italian Meal, Good company and a birthday

A little while ago, Pete and I were "chatting" and the topic was classical music; something we both like. Pete mentioned several concerts at St. Lukes - home of the London Symphony Orchestra! And as luck would have it, there was one on my birthday :D

So today, we met up for the Janine Jensen (violinist) and Itmar Golan (pianist. Prior to the concert, we had a lunch of Pizza (to which I was treated - thanks Pete :D )
Janine Jensen is an amazingly talented young lady and it was a privilege to see her today. The emotion she puts into her music is incredible and on one piece, I was virtutally moved to tears.
Here is a piece played by her that I truly love. It's called "Apres un reve" which (translated) is "After a Dream" - something we should all have.
Before we met, I'd been taking some pictures around London on my journey. The weather, I have to say, left a lot to be desired!! It was wet and windy and my brolly blew inside out and is now in the rubbish bin! (Much to Pete's amusement)

When I got to Vauxhall station, I had a wander and took picture of the local architecture. Today's modern architecture really doesn't hold a candle to that of a few centuries ago.. it lacks character in my humble opinion.
But, here you can judge for yourselves! 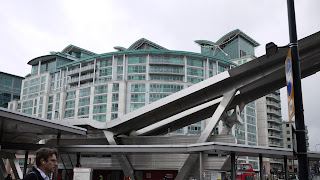 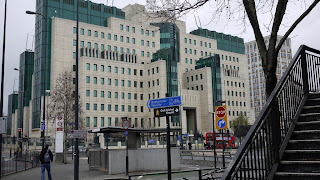 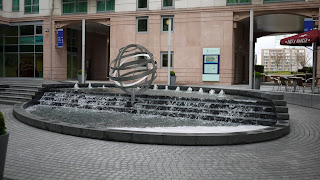 A view up the Thames 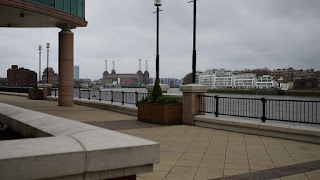 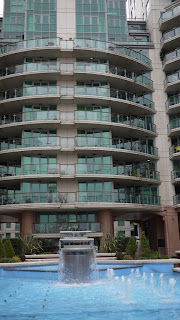 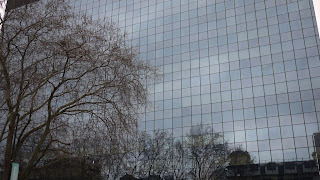 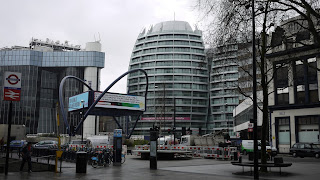 In the distance, the now defunct Battersea Power Station.. 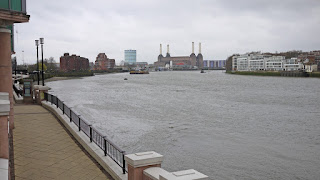 and looking the other way, the Houses of Parliament and the Wheel. 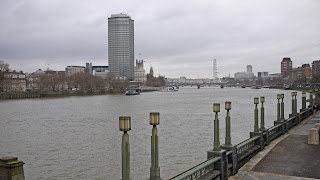 As I got to Old Street station, the rain started but I managed a few pics of the local area. 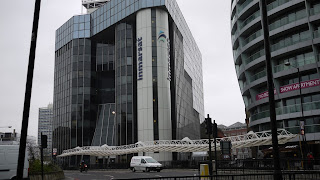 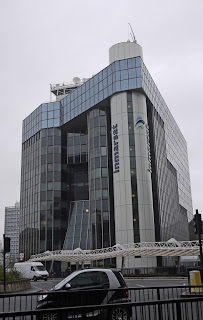 Not sure what this is other than an advertisement; don't think I like it much! 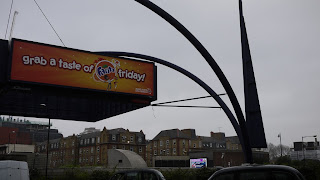 Then a pizza for lunch and the concert.
I love classical music and it's years since I've been to a concert so I was delighted with today's.
So thank you Pete for a lovely birthday :)
Posted by Tricia Ryder at 3/31/2011 05:54:00 pm

Email ThisBlogThis!Share to TwitterShare to FacebookShare to Pinterest
Labels: Personal

pleased you enjoyed it

It looked really good, and a happy birthday.

What a lovely treat for your birthday Tricia! I confess I had never heard of Janine Jansen but have just listened to her and she is certainly very talented. How lovely to listen to her in person. We have a recording of the same piece of music arranged for cello and piano.

I also have to confess that all of those buildings gave me the heebie-jeebies! I find built up areas intimidating and those modern buildings are really unsettling to me...take me back to the countryside... quick!!! :)

Beautiful photos of the Skylark on an earlier post Tricia and lovely to see a Kingfisher too.

London looks very different from the London I knew many years ago.

A very Happy Birthday to you, Tricia! How lovely that you had such a delightful outing on your special day! I thoroughly enjoyed the link to Janine Jansen - just beautiful. Although the weather could have been better, and your umbrella had to be trashed ;), your birthday lunch and concert made up for that. Happy to know you both had a wonderful day :)

Belated Happy Birthday for yesterday, Tricia. Sounds like you had a lovely time - the concert sounds wonderful.

Many Happy Returns Tricia, for the birthday and the Italian meal.{:)
Yes Janine, I think she is the female "Kennedy" and beautiful with it. She certainly plays such a wide range of composers as well.

It must have been lovely. I do like the violin and to hear it in person must have been a real treat. I agree with you about modern architecture, it doesn't hold a candle to the old stuff.

Belated Happy Birthday, Tricia. Sounds like you had a wonderful day.

I didn't realise our birthdays were so close - mine was last Monday. We went out for a delicious meal - something we don't do a lot these days.