Yesterday had things to do but as I was over near Arundel I paid a visit to WWT reserve. 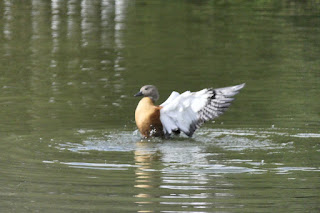 One of many blue tits at the feeders 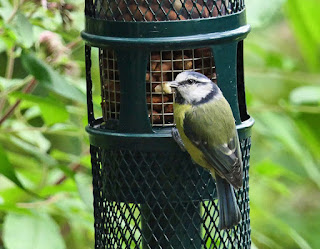 A Mallard mopping up under the feeders.. 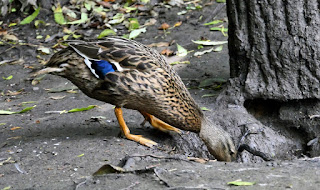 and dark cloud over the hills, the specks being two of the four common buzzards that were flying there. 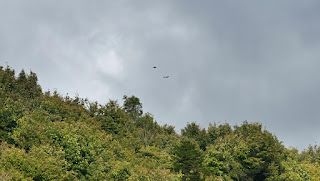 Today I woke to black black sky and pouring rain so it was a day slow to get going.  Did some food shopping and then had a visit to Warnham LNR which was very quiet.

Seems the Mute Swan cobb is on his own today again.  His partner sadly was killed earlier this year by flying into an obstruction.  He was briefly joined by another female but I've seen no evidence of a 2nd swan for a while now.  Hopefully it's just in hiding. 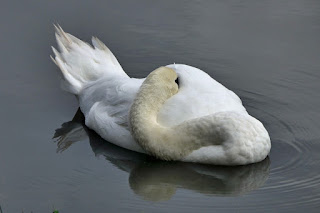 Bookend Cormorants in the distance 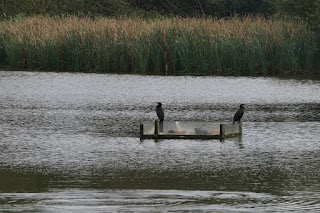 A wander round the reserve 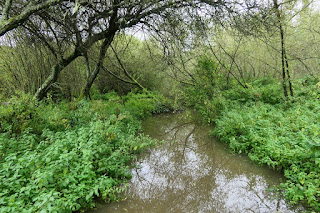 Butterfly walk... not today though.. far to grey and wet.. 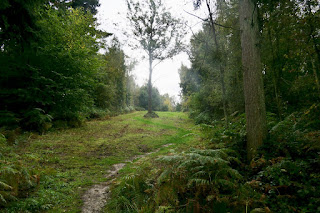 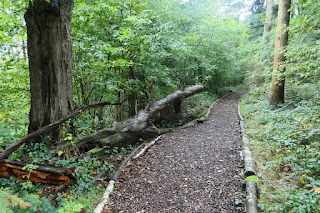 Plenty of fungi about now.. 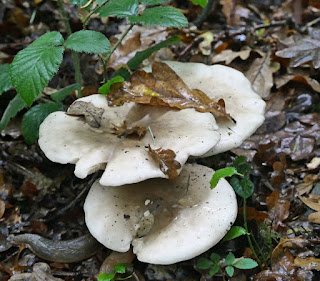 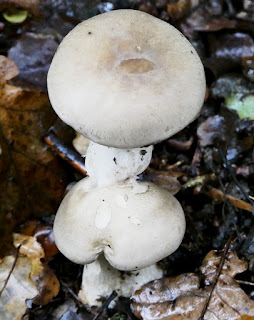 And around by the feeders, the usual culprits - light was bad, but managed some 'passable' shots of a Coal Tit 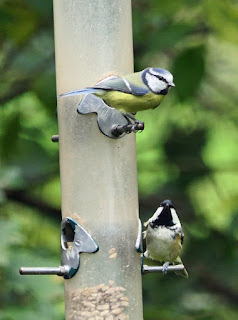 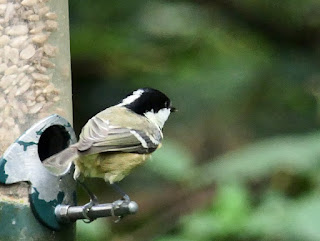 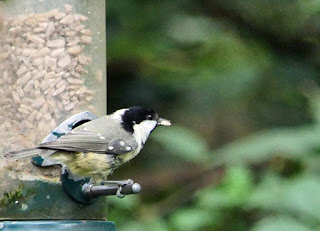 And a Junior Greenfinch.. 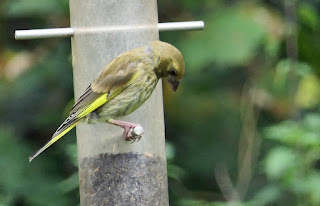 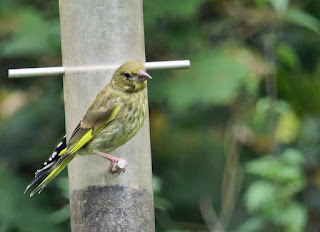 This log is gradually being enveloped in lichen.. looks lovely! 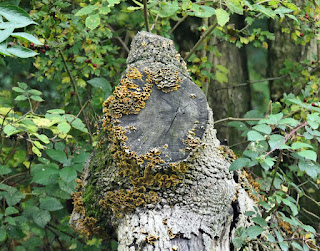