Been a very bitty day today... which never seemed to get going.  I started off at Warnham LNR.. very quiet around the feeders.   Weather's been most dull although nearer the coast it did brighten up a bit with some welcome sunshine.

From the Tern Hide a brief glimpse of a Grey Wagtail, two Common Tern and a pair of Great Crested Grebes which were fishing - successfully! 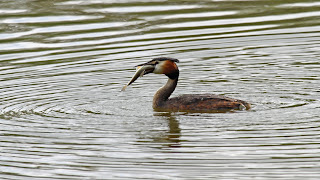 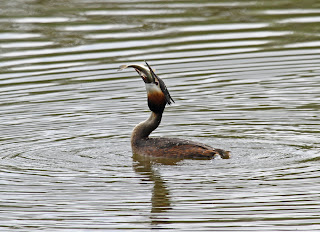 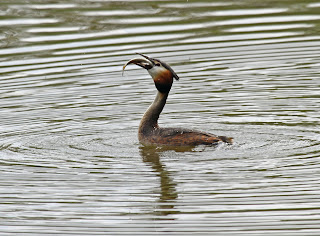 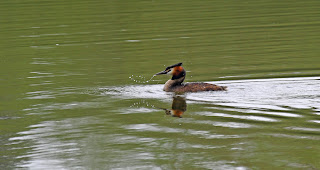 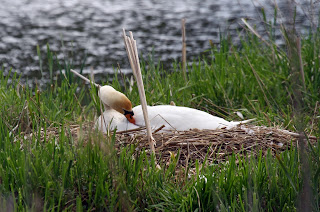 Grey Herons are nesting on site again - one high up at the top of a tree on the opposite bank. 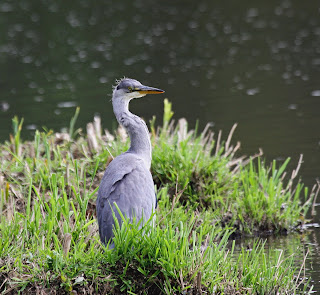 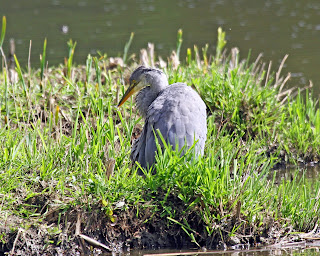 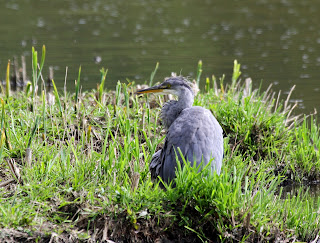 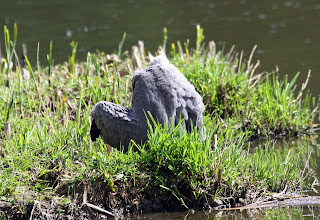 Not far from the heron was a much smaller bird which looked very like a Dunlin.. too well hidden for a picture which was annoying as I can't get a positive ID now... hey ho!

Not the best of pictures by a long shot, but long shot of the two Common Terns it is.. just a record. 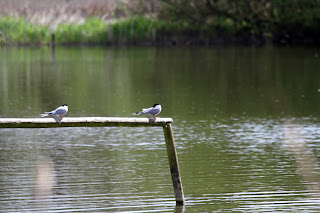 I was not too far from Patching so I stopped by the lake as I'd seen nesting GC Grebes a week or so back.

They have now produced young.  as far as I could make out it was one... possibly two but no more than that!  Mum and babe(s) were far far away so, yes you've guessed, just a record shot. 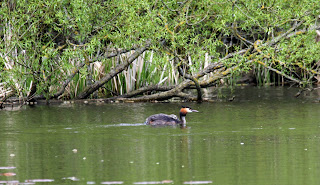 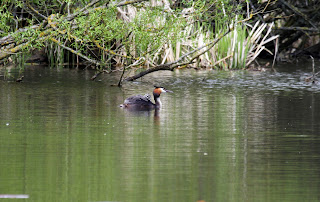 I had a 'grebe' day too, but mine were of the 'Little' variety. Looks like you had a great day. Im jealous about the Terns, they didn't show for me today.